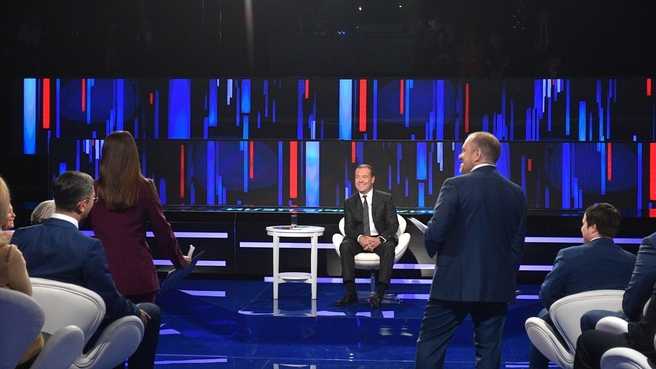 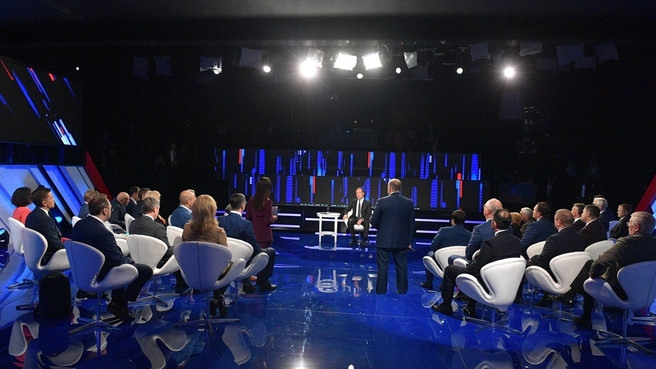 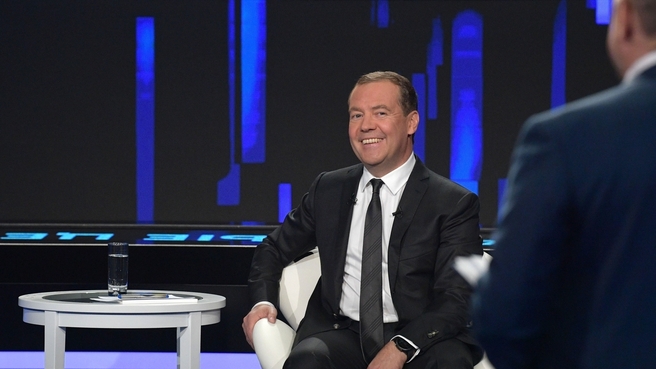 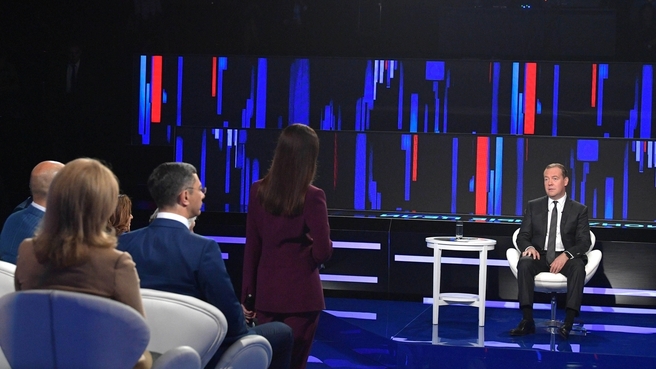 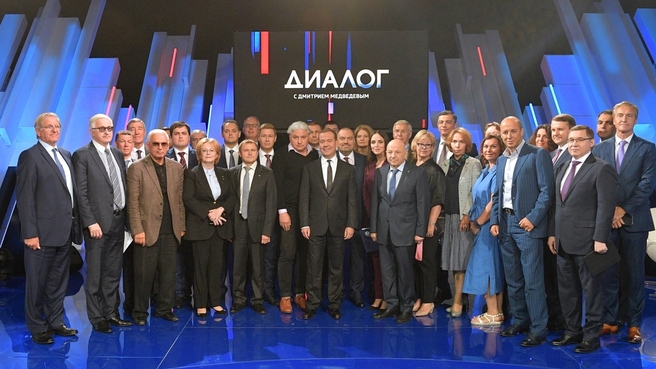 Dmitry Medvedev: We live in a complicated world, and the circumstances our country has found itself in are fairly complicated as well, including sanctions and trade wars. Nevertheless, investors want to invest. Speaking of foreign investors, the RDIF and other investment-related institution activity are quite telling in this respect; we see an increase in investment here.

I meet with investors every year, and we use a format like the Foreign Investment Committee. It includes about 30 of the world's major companies represented at the executive level, that is, by the CEOs. These executives come to Russia every year. The total capitalisation of the companies in this committee is about $2 trillion, that is, we have very large companies investing in Russia. Each time we meet, we discuss new projects. None of these companies has left Russia. On the contrary, they are thinking about what they can do and how, and quietly complain that the business environment is not that good.

They (mostly informally) complain that in some cases their governments send messages that they should not invest in Russia because of the sanctions. This, of course, is reflected in the banking execution of individual transactions. There are obstacles to the movement of capital and financial flows. This is the subject of the discussions.

Of course, we talk about our internal issues every time we meet. Barriers and excessive regulation are also always on the agenda, and the discussion is absolutely concrete. Each stands for their own. If, for example, the issue is about the food industry and food processing, they say: “This is what interferes with our work...” We take note of it and work on it. This communication gives good results. However, the general atmosphere of foreign investment is largely poisoned by the decisions of our Western partners.

We discuss this with every head of government and head of state when we meet. The vast majority of them say: yes, we realise this is harmful... I always tell them one simple thing: sanctions were imposed on the Soviet Union about 10 times and not once did the Soviet Union change its behaviour. This is an absolutely useless thing to do in relation to any country, especially a large and strong one such as our country. Sanctions have only ever led to one thing: everyone loses money, not just the country under the sanctions, but the countries that impose the sanctions as well. And this money is lost forever. So, this is a negative approach.

Regarding our response, I can say this: we were not the first to introduce these restrictions. We definitely will not say, hey, we will give a little on this or cancel that and then maybe you will meet us halfway... This is simply not the right approach in terms of negotiating tactic and responsibility for the desired outcome. But we hear what representatives from some countries are telling us. If, for example, the leaders of the European Commission, the European Union, or the other countries that have also imposed sanctions, are ready to lift them, we will, of course, consider how to respond.

There is another side to this. My foreign colleagues often say quietly to me: “We see that the sanctions are helping you.” It really is true. In many cases, take, for instance, the food market - we are positioning it quite differently today.

The digital economy is a matter of endless debate and questions, many of which have so far remained unanswered in any country, because the industry is developing faster than the regulations.

Regulation should be very economical. Any attempt, for example, to include everything in the sphere of specific laws, that is, acts of higher legal force, are a very dangerous proposition, because while the Government and then deputies will be doing all this, everything will have changed a hundred times already. It takes us, say, 12 to 18 months to pass a particular law.

You said, a framework law, probably, yes. But clearly, a framework law will not work by itself. We need a set of regulatory acts that somehow regulate this, and also in the permissible area. This is how I see it. The emphasis here should be on by-law regulations, because they are easier to draft. This includes the acts of ministries and departments, and Government acts. There should not be many of them, but at least they can quickly respond to a particular development.

At the same time, these acts must be adopted in accordance with certain general rules without violating them. Otherwise, the departments will come up with so many regulations that businesses will drown in them and face major problems.

Regulations should not hurt anyone. This is the main thing in relation to the digital economy. And it should be done as quickly as possible.

There is one more problem here. Indeed, unlike what we refer to as national regulation (which we, in fact, have always dealt with successfully), this kind of regulation cannot be limited to one country, it must be international.

About 10 years ago, at the G8 and G20 summits, I suggested that our colleagues begin the process of preparing the conventional regulation of numerous processes that are related to the use of the internet and digital technology. Back then, everyone reacted to it half-heartedly. Clearly, there were more important things to do.

However, the problem really exists, and there is no time for thinking it over. It is imperative to take these decisions and then apply them at the international level. Otherwise, certain countries will replace supranational and international regulations with their own. For example, the internet is regulated from one country. Just because at some point they started big, claimed their rights to a lot of things and are now dictating the rules. Nobody likes this.

There is a need for international solutions. I hope that we can find them one way or another.

This is a vital task for the state. Of course, it concerns Russian alumni, who should remain in the country and work for the benefit of Russia, especially academics. However, it also concerns foreign citizens who received education here, adapted to living in Russia and socialised, who speak fluent Russian and are in fact close to us. But who leave to work in a different country. Of course, they are foreigners and can do that. But we are interested in giving them a simple way to receive a residence permit and eventually citizenship in order to live and work here if they want to.

We have already taken certain steps and are drafting a law that would create a fast-track procedure for foreign alumni of Russian universities. I believe it is in the interests of the state.

Safety measures during arrivals from abroad were discussed, including organising a system to collect data on incoming citizens and monitoring their quarantine.
31 March 2020 Meeting on economic issues

The readiness of regional and federal hospitals to admit coronavirus patients, as well as the creation of information systems to monitor self-isolation compliance were discussed.
30 March 2020 Meeting with deputy prime ministers

Measures to prevent the spread of the coronavirus in Russia and reduce its impact on the economy.
1
Show More