Dmitry Medvedev delivered remarks at the ceremony to launch the third train of the Yamal gas liquefaction plant. 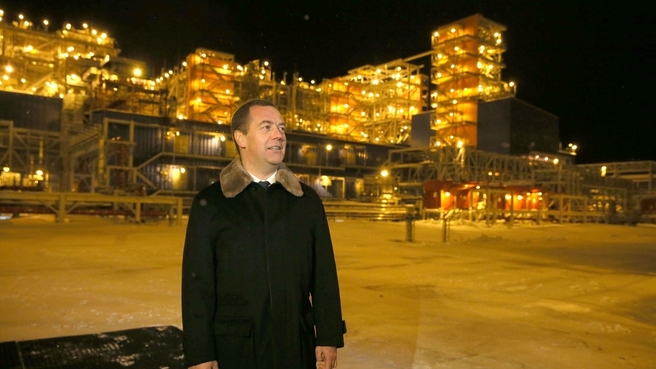 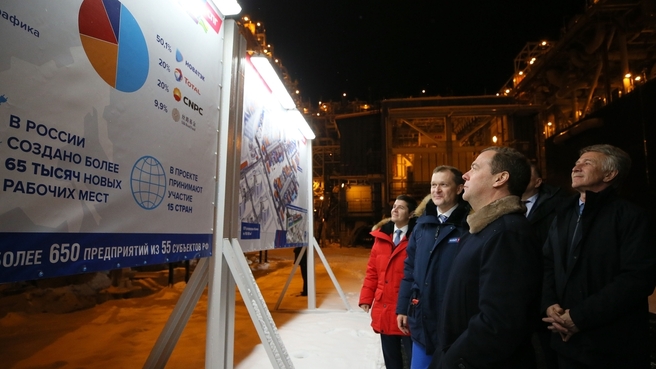 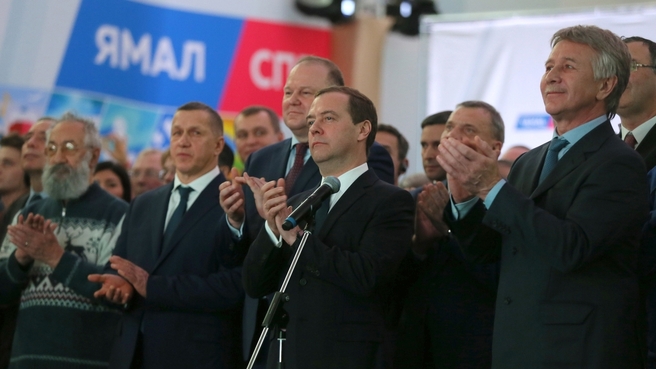 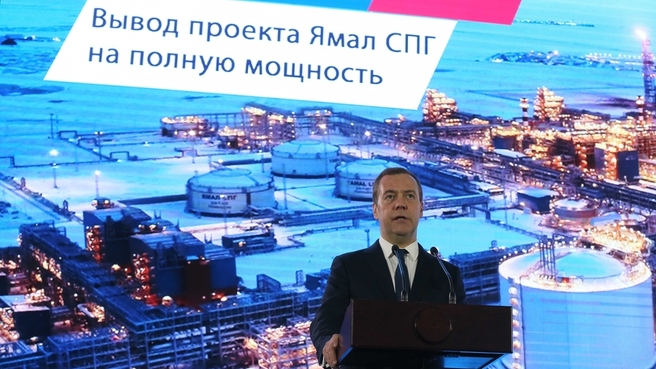 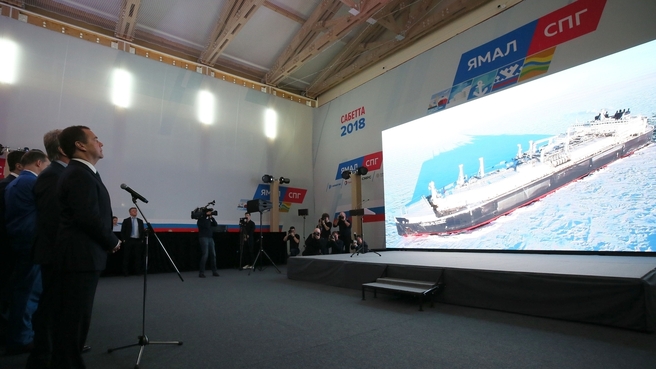 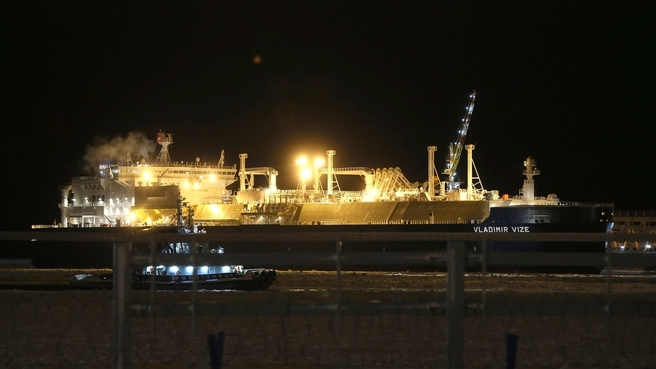 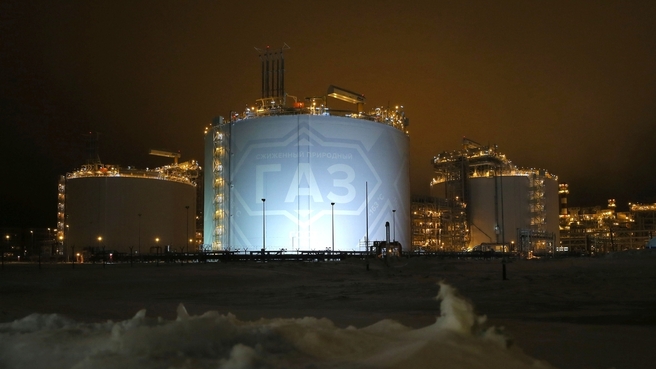 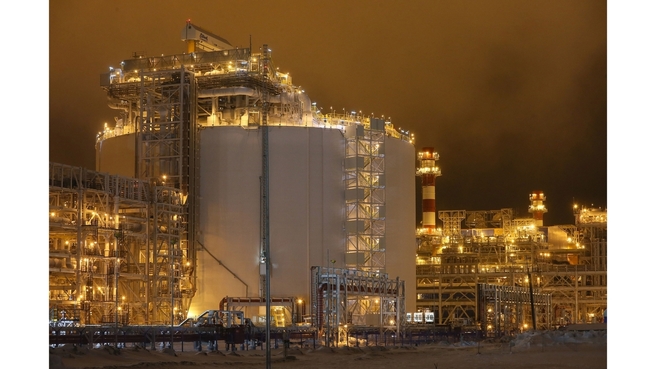 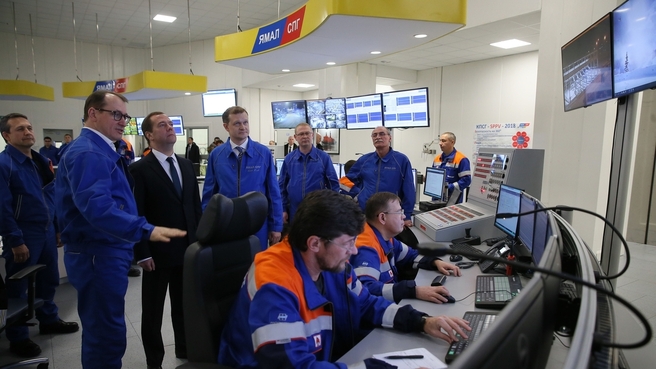 The Yamal LNG gas liquefaction project is underway at the South Tambeyskoye field on the Yamal Peninsula.

Initially, the plant was designed to consist of three trains (gas liquefaction and purification facilities), each with a capacity of 16.5 million tonnes per annum (mtpa) of LNG and up to 1.2 mtpa of gas condensate, to be delivered to Asia Pacific markets and also to Europe.

The first train was launched in December 2017, and the plant’s second facility became operational six months ahead of schedule in August 2018.

The hundredth batch comprising 7.4 mt of LNG was shipped from the plant in December 2018.

It has also been decided to build the fourth train with the capacity of up to 1 mtpa based on Novatek’s proprietary liquefaction technology called Arctic Cascade.

The throughput of the Northern Sea Route has increased several-fold due to shipments from Yamal LNG.

The project involves over 650 companies from 55 Russian regions and some 60,000 personnel. Icebreakers and port vessels for Yamal LNG are being built at Russian shipyards. Government support measures have been approved for the project.

The launch of all the planned trains at the Yamal LNG plant will increase Russia’s share on the global LNG market by 2.5 times to reach some 10 percent. 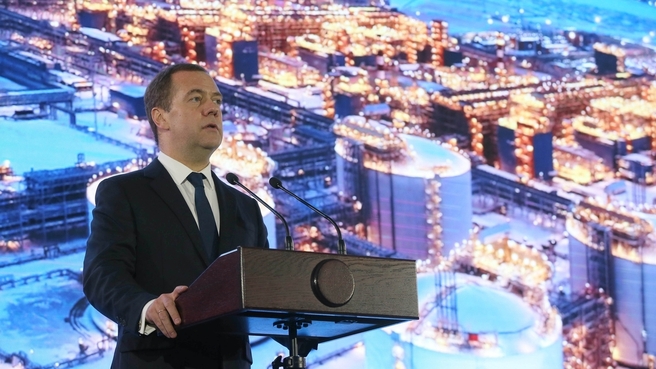 Allow me to congratulate you all cordially on a very important event in the life of our country and our energy sector – bringing the Yamal LNG plant to full capacity.

This is a significant milestone for the entire Russian gas industry and, of course, for our international partners, and for international cooperation in the energy sector.

We have just watched a video about how it all developed. First, in 1974, the South Tambeyskoye gas field was discovered. Then, for a long period nothing happened, as is not uncommon in life. And only starting from 2009 or 2010, a number of government decisions were made to launch this project.

This project is truly unique. Over 60,000 people and about 700 companies from 55 regions of our country have worked on it. A large group of builders is working here, not to mention those maintaining and monitoring the production facility.

The construction of the plant was carried out in the extremely difficult, very onerous, harsh conditions of the Arctic. It began in April 2014 and was completed almost a year ahead of schedule.

Today's success is shared by Novatek, its partners – the French company Total, China’s CNPC, the Silk Road Fund, and of course, our business partners from Europe and Asia who have invested in the project and contributed to its implementation. I would like to use this opportunity to thank everyone for their joint work.

For half a century, our country has been successfully cooperating with its European neighbours in the natural gas sector; now we are making forays into Asian markets. Yamal LNG is a good example of effective multilateral cooperation in this area. The project is very large and expensive. This is definitely a landmark enterprise and significant confirmation of the reliability of our partnership with other states – in this case, with France and China.

It is also important that Yamal LNG will stimulate the development of transnational infrastructure, first of all the Northern Sea Route – the transport corridor connecting Europe and Asia. I am confident that participation in this project, now completed in the Russian Arctic, and in a number of other major projects, opens up great prospects for our foreign partners.

I would like once again to sincerely thank everyone who worked to make today's event happen: the project has reached the capacity it was designed for. This was certainly a big, difficult and very important undertaking for our country. Once again, congratulations to all of you! I wish you continued success.

Mikhail Mishustin: “Today, it is important that we draft a long-term construction programme in every region, coordinate all plans, conduct a quick inventory of unfinished projects and see what should be completed, and how much we will have to spend on this from all sources. We have drafted a package of measures for accomplishing these tasks. All of them are included in the draft strategy for developing the construction sector and the housing and utilities infrastructure.”
18 July 2022 Alexei Overchuk’s meeting with Metropolitan Kornily of Moscow and All Russia of the Russian Orthodox Old-Rite Church
18 July 2022 Mikhail Mishustin talked by telephone with Prime Minister of the Kyrgyz Republic Akylbek Japarov
18 July 2022 Mikhail Mishustin’s telephone conversation with Prime Minister of the Republic of Armenia Nikol Pashinyan
1
Show More