Dmitry Medvedev headed the Russian delegation at the conference. 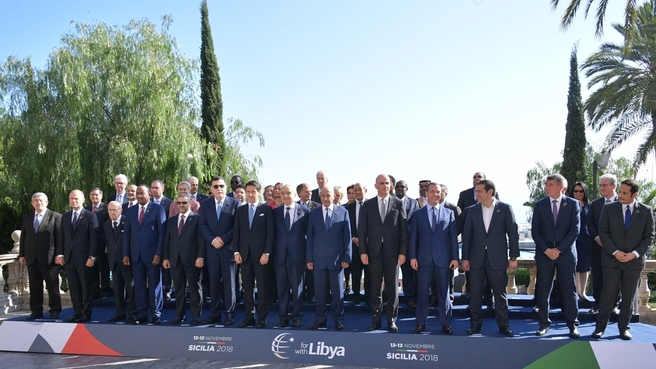 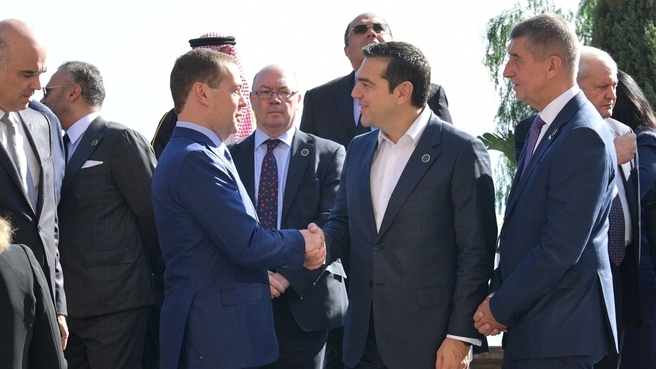 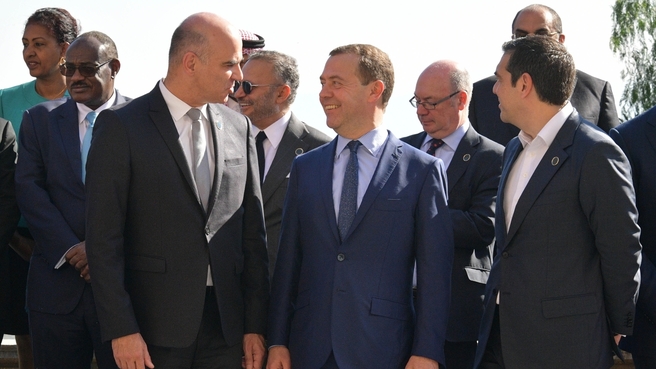 With President of Switzerland Alain Berset 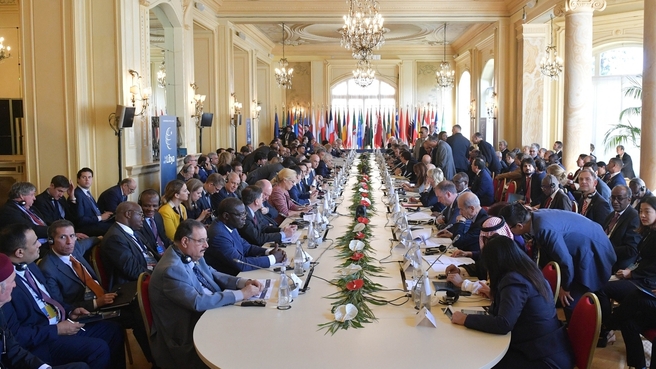 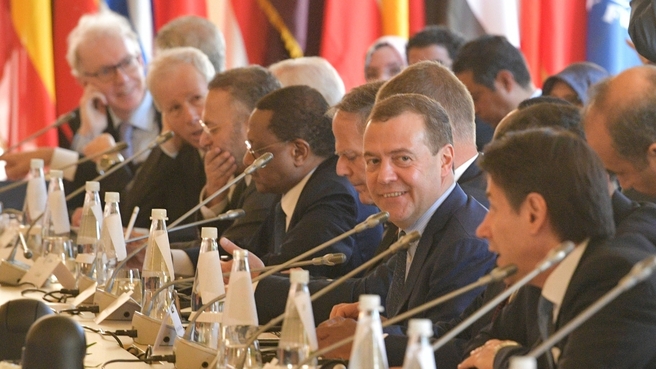 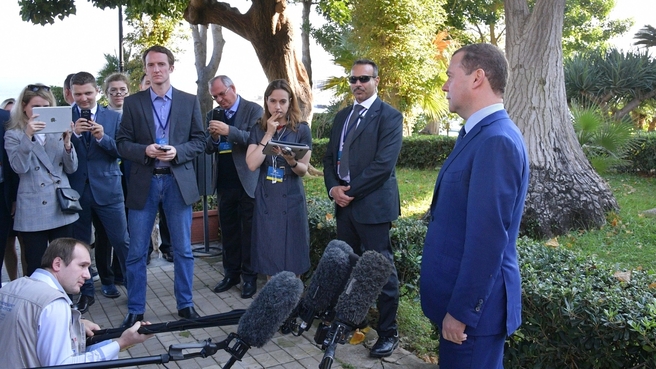 Question: What were the results of the conference, in your view? What was the gist of your remarks today?

Dmitry Medvedev: These are very complicated processes that are difficult to explain. Otherwise, almost 40 delegations wouldn’t have come here and we wouldn’t have had a limited attendance preliminary meeting in which several neighbouring countries and the Russian Federation took part on a par with the organisers, by which I mean Prime Minister Giuseppe Conte. The situation is not easy. Regrettably, this is connected with the dramatic events of 2011, which were directly instigated by our EU partners, the United States and some other countries. These processes are related to the flagrant violation of UN resolutions on the events in Libya.

As a result, it no longer exists as a full-fledged state. It has been divided into parts. There are several leaders who have gathered here. They communicate with great difficulty but still communicate, shake hands, take pictures and discuss complicated issues. What are these complicated issues? The formation of a new united political system for modern Libya, which should be determined by Libyans themselves and their political representatives. This system should include all government institutions: a supreme executive power, a president (or any equivalent title of their choice) that, in all probability should be supreme commander-in-chief (currently these positions are separate and interpreted differently), parliament and other government bodies.

We will certainly step up our efforts towards this goal. I have discussed this issue with all of my colleagues today. I have just spoken with one of Libya’s executive leaders, Mr al-Sarraj (Head of the Government of National Accord Fayez al-Sarraj). We have also had contacts with other participants in the dialogue on political reconciliation in that country.  We continue these contacts here and in Russia from time to time. I frankly told our partners that we will maintain contacts with all participants in the dialogue on national reconciliation because this is important for the efforts to piece together a new configuration for the state. Nonetheless, everything depends 90 percent on Libyan citizens themselves, on the political forces that were represented here. If they come to terms, there will be a single state and economic development. We are ready to cooperate and develop economic projects with it. If they don’t come to terms, more conferences will be held. But in any event it is necessary to find a way out.

Question: Mr Medvedev, another major international event – a forum in Davos – will be held soon. At what level will Russia be represented this year, considering the decisions that its organisers have already announced?

Dmitry Medvedev: These decisions were very strange, putting it mildly. I have just spoken with the President of the Swiss Confederation on this matter. I told him that we were surprised by these decisions, all the more so as it is an NGO at issue. He said he will make an inquiry. If the decisions on representatives of Russian business remain unchanged, we will have to decline to participate in the Davos forum on behalf of government employees and partially government-owned Russian companies. In this case nobody will go there. We will have to wait and see.

The event was held via videoconference.
17 July 2020 Mikhail Mishustin’s meeting with Prime Minister of the Republic of Armenia Nikol Pashinyan

The meeting was part of the Russian Prime Minister’s visit to Belarus to attend a session of the Eurasian Intergovernmental Council.
17 July 2020 Mikhail Mishustin meets with Prime Minister of the Republic of Kazakhstan Askar Mamin

Agenda includes measures to promote the Russian IT industry, draft federal laws and budget allocations
15 July 2020 Meeting of the Government Coordination Council to control the incidence of novel coronavirus infection in the Russian Federation

Agenda: development of the IT industry
8 July 2020 Mikhail Mishustin’s video address during the Global Leaders’ Day of the ILO Global Summit on COVID-19 and the World of Work
1
Show More