Dmitry Medvedev: “Today, the Skolkovo community is above all about its residents, which mostly consist of small innovation companies. By the end of 2016, there were 1,640 of them. The aggregate revenue of Skolkovo residents reached almost 50 billion roubles last year.”

Excerpts from Dmitry Medvedev’s opening remarks at the Board of Trustees meeting: 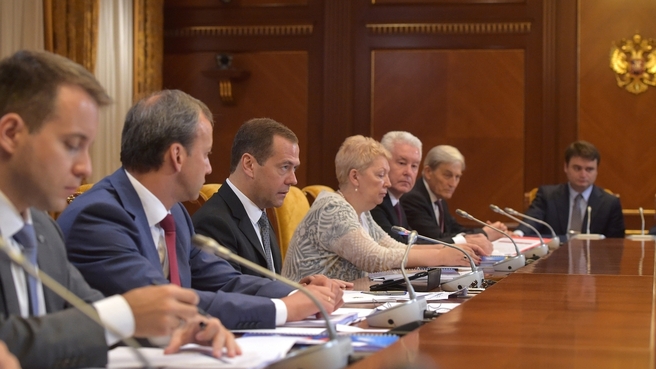 Not only has the Skolkovo project succeeded, but it continues to be successfully developed. Last year, a 95,000 square metre technology park, the largest in Europe, was launched. In fact, Skolkovo serves as a major stepping stone for building the economy of the future based on new ideas, intellectual products and breakthrough technology.

Today, the Skolkovo community mostly consists of small innovation companies. By the end of 2016, there were 1,640 of them. Of this total, 10 percent are about to gain a foothold in the global markets, while the aggregate revenue of Skolkovo residents almost reached 50 billion roubles last year.

Skolkovo is also a research platform, including for major corporations. Russia’s leading companies from the fuel and energy sector, equipment manufacturing, electronics and many other industries have set up innovation units here or are about to do so. As many as 85 industrial companies have signed agreements to set up their research centres in Skolkovo, with foreign companies accounting for a third of our industrial partners.

Skolkovo is also an educational centre. The Skolkovo Gymnasium will open on 1 September in a new, state-of-the-art building, and the first construction stage of the Skoltech building is about to be completed. The university is already proactive in its research and development activity. More than a third of its faculty members used to work for foreign universities, including our compatriots who decided to return to Russia. In addition to Russian students, many foreign students attend Skoltech, some from the BRICS countries (Brazil, China and India), Spain and the United States. The enrolment process is very selective.

Over the last few years, Skolkovo has evolved into an entire city. It employs over 3,000 people. Residential neighbourhoods are under construction for students, faculty and the staff of innovation companies, creating a unique urban environment with cutting-edge architectural and engineering solutions based on the latest environment protection technology. We are paying special attention to supporting Skolkovo, and expect investment to come in at a substantial amount this year. The foundation assists technology start-ups by allocating grants, helping them raise funds and protect intellectual property at home and abroad. 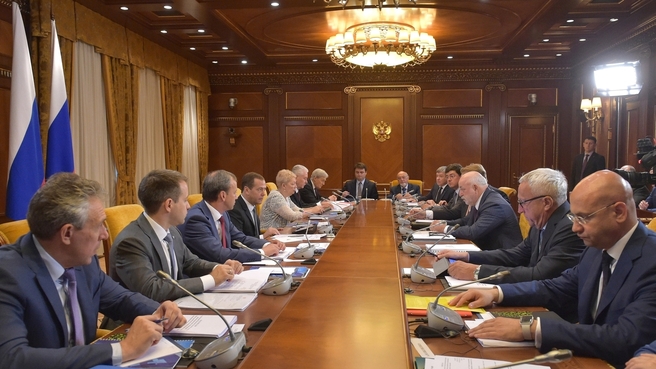 Skolkovo actively contributes to the National Technology Initiative. I hope that it will also join the new Digital Economy programme, which I approved just three days ago. Skolkovo has what it needs to succeed in these efforts.

From a global perspective, Skolkovo is not just about Moscow. The foundation also needs to assist regional teams, share its experience and promote cooperation with the leading universities and research institutions, helping them bring their innovations to the market and serving as a role model for them.

Mikhail Mishustin: “An additional sum of almost 5 billion roubles has been allocated to buy medicines for patients infected with COVID-19 who are undergoing treatment in hospital, including medications that are not registered in Russia, some of which are especially needed by the patients who are seriously ill with COVID-19.”
22 November 2021 Mikhail Mishustin’s meeting with Prime Minister and Chief of Staff of the Presidential Executive Office of Kyrgyzstan Akylbek Japarov
22 November 2021 Meeting with deputy prime ministers on current issues

Mikhail Mishustin: “COVID-19 remains the main issue on the agenda. Our countries are taking measures to contain the infection. The Russian vaccines have proven their effectiveness, and we have organised supplies to the countries of the union. Russia is helping to set up vaccine production. The Travel without COVID-19 mobile app has proven its relevance. Developers are working to add more features and expand its geography.”
1
Show More