The Prime Minister has visited the Yad Vashem Holocaust Remembrance Centre museum and laid a wreath at the Eternal Flame memorial. 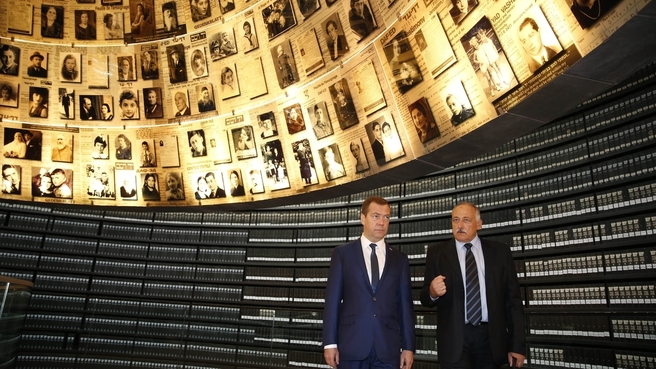 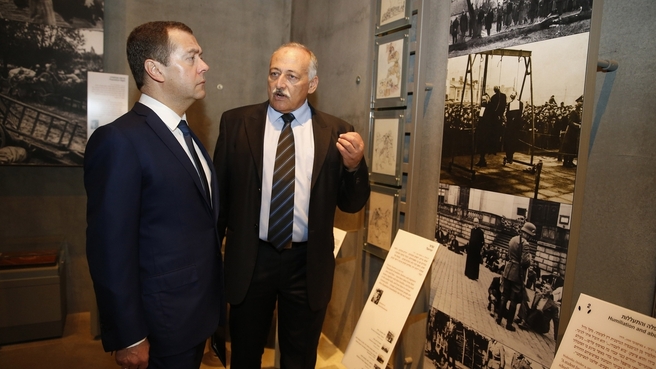 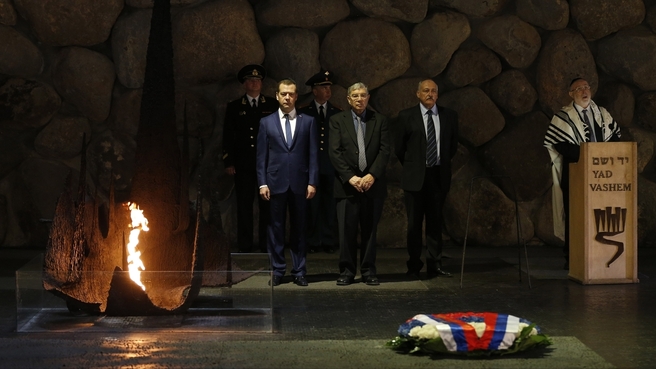 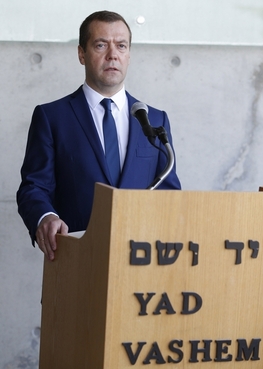 Yad Vashem, The World Holocaust Remembrance Centre (meaning “an arm and a name”), was created in 1953 as a memorial to victims of the Holocaust and heroes of the Nazi genocide resistance, as well as a sign of gratitude to representatives of the nations that contributed to saving the Jewish people from annihilation.

At the centre of Yad Vashem is the Holocaust History Museum, which follows the changes in the Nazi Germany’s policy on Jews over time. The remembrance centre also includes the Hall of Remembrance with an eternal flame, Children’s Memorial, the Avenue of the Righteous Among the Nations, the Valley of the Communities, and the Library. The centre’s archive is the largest collection of materials on Holocaust with over 62 million pages of documents and 260,000 photographs.

Dmitry Medvedev’s remarks during his visit to the Yad Vashem Remembrance Centre:

Yad Vashem is a place full of sorrow and grief. But it is a very important place for all of us, for people in my country and everybody who understands that a tragedy like that of the Jewish people must never happen again. It is particularly important today when we hear different interpretations of the 20th century history and World War II history. It is important to understand what a horrible calamity the Holocaust was and what kind of crimes were committed against an entire ethnicity, against a huge number of people.

In our country, we do our best to preserve the memory of the WWII and the Holocaust victims forever, so that the memory of the people who were killed at that time remains in the history of humanity. It is the only way to make sure similar crimes do not happen in the future. Preserving the memory is our common and most important task.