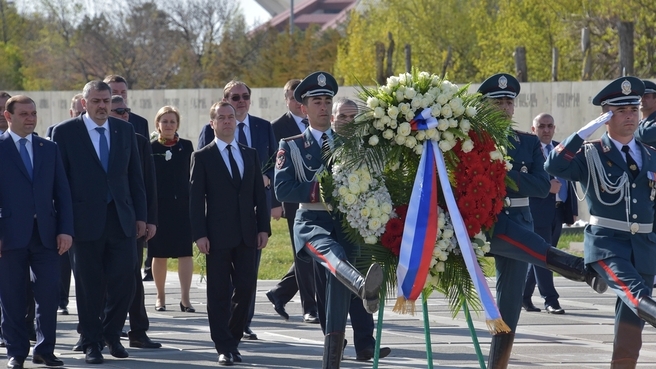 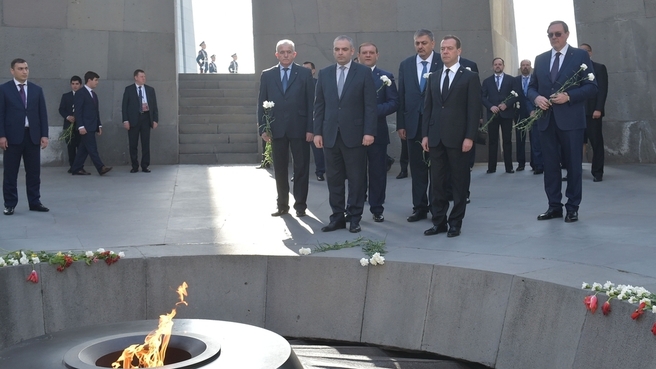 The Tsitsernakaberd Memorial Complex was built to honour the memory of the 1915 Armenian Genocide victims in the Ottoman Empire.

The memorial was erected in 1967 and was built at the initiative of the public. It comprises the Memorial Sanctuary, The Reborn Armenia Memorial Column and the Armenian Genocide Museum-Institute that was founded in 1995 on the 80th anniversary of the tragedy.

The Memorial Sanctuary is the centre of the complex. It is a circular hall with inward-leaning basalt pylons and an eternal flame. The pylons represent mourning figures. The 44-metre arrow-shaped granite stele standing nearby is a symbol of survival and the spiritual rebirth of the Armenian people.