Development of the machine tool industry 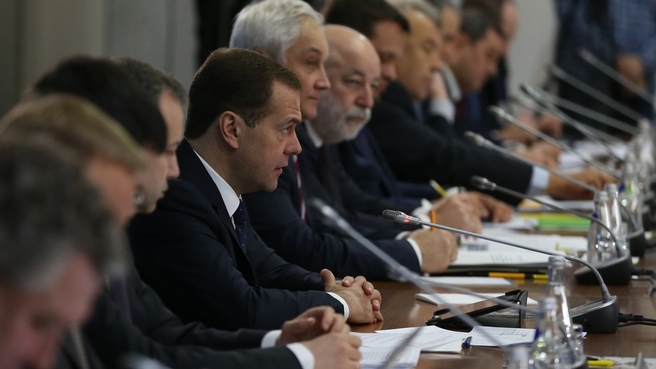 We’ve lost some of our opportunities in the past few decades. The former system of design bureaus, branch institutes and cooperation and retail chains degraded. The market was filled with imports by 90 percent.

In 2015, the machine-tool market was worth about 100 billion roubles. The sub-programme on machine-tool development was implemented under the National Technology Base Federal Targeted Programme. Dozens of projects on high-tech production lines were implemented with the participation of universities and research organisations and a number of modern machine-tool labs were established.

One more resolution I’ve just signed on my way to Kolomna adjusts the rules for the granting of subsidies by the Rostech State Corporation. Considering changes on financial markets, the scale of co-financing has been reduced for companies from two thirds to one third. This will make it possible to increase the range of companies that may be supported under the circumstances.

The economic plan for 2016 provides for support for producers of the means of production.

Our machine-tool manufacturing industry is still exposed to the impact of negative factors. These include the aging of basic assets, the difficulties of obtaining bank guarantees and loans and the still insufficient demand for Russian goods. At the same time, a new window of opportunities has opened for the industry. The prices of imported goods have risen significantly, while the ban on the supply of certain types of technological equipment to Russia offers a good chance to develop national production, which should be built on a fundamentally new manufacturing basis.

As science develops and new technology emerges, the perceptions of material production are changing, new materials are appearing, including composites, as are new formation methods, such as additive technology.

The digitisation of basic manufacturing processes is a fait accompli.

We will seek to equip the machine tools that we are producing not only with our own components, not only with hardware in the narrow sense of the word, but also with software. We have to buy it abroad, which is always a risk factor, while we can (this is absolutely obvious) also develop digital control programmes. The level of automation, the level of the use of industrial robots, also makes it possible to reach an entirely new production level, a new production process, where the human impact on this process is minimised.

The potential demand for machine tools is put at hundreds of billions of roubles. This can and should be converted into an investment resource for the industry’s development, but to this end, relations between contracting authorities and consumers should be built on a long-term basis.

It is up to the state to fine-tune the regulation system. This concerns the priority for domestically manufactured competitive machine tools and other industrial equipment. It is also essential to think through measures to stimulate demand, including with regard to pilot batches of machine tools, as well as in the process of full-scale production.

It is important to stimulate the development of industrial robotisation technology. In this context, we should also consider pilot projects for automating production sectors in certain strategic companies. 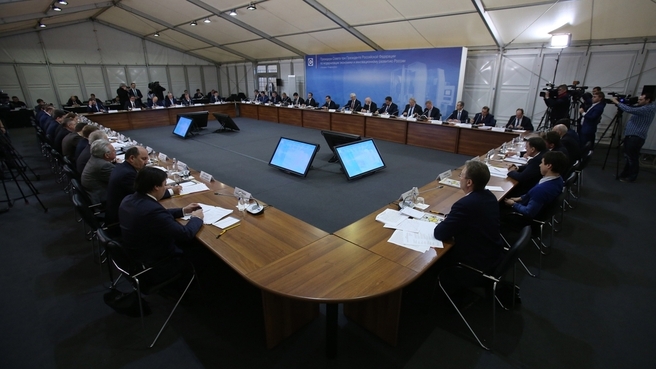 Another objective is the broad introduction of domestically manufactured numerical control systems that use predominantly our own component base.

It is important to train future specialists to use high-tech equipment. We participate in various programmes, including the WorldSkills international movement. The latter should be used to show the capabilities of the Russian machine-tool industry. I mean, among other things, the world tournament that will take place in Kazan in 2019.

Our plans should not be confined to the domestic market. It is important for our products to be competitive in the world and in demand as export goods.