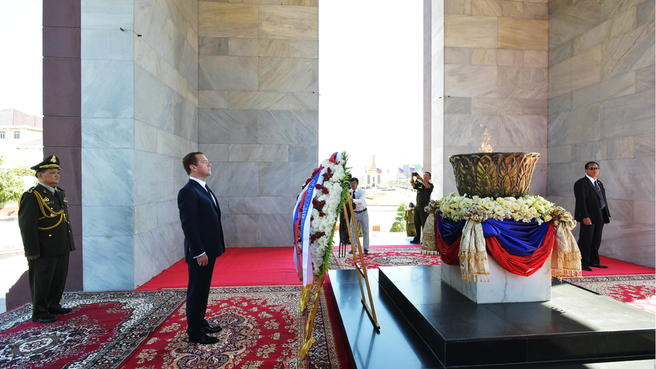 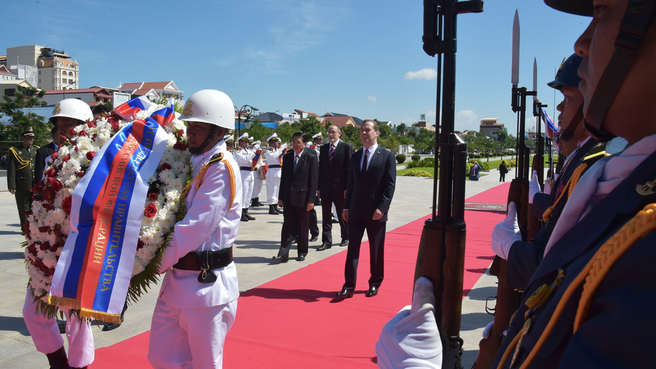 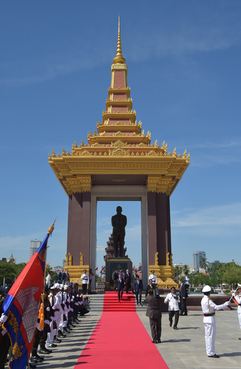 The Independence Monument was unveiled in 1958 as a tribute to all heroes killed fighting for Cambodia’s independence from French colonisers. The monument embodies the Angkorian architectural style. All the main Independence Day festivities are held here every 9 November.

The 27-metre-tall monument to King Norodom Sihanouk, unveiled in 2013, is located in central Phnom Penh not far from the Independence Monument.