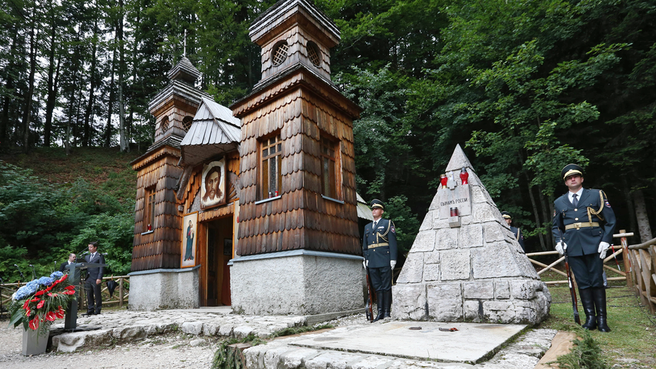 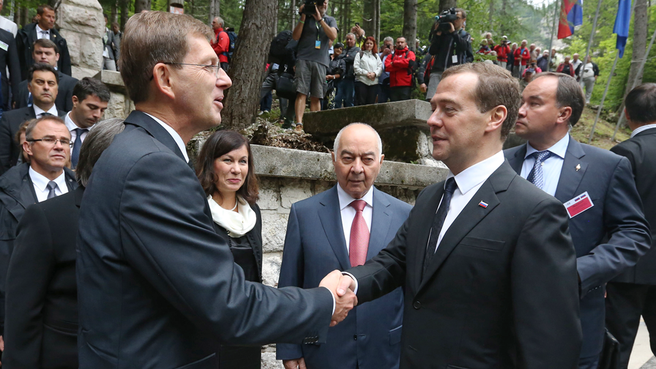 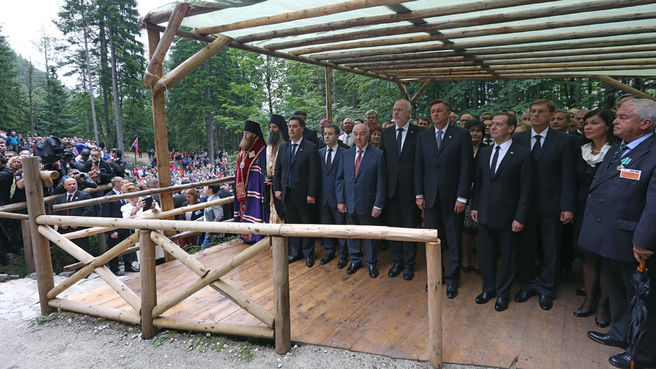 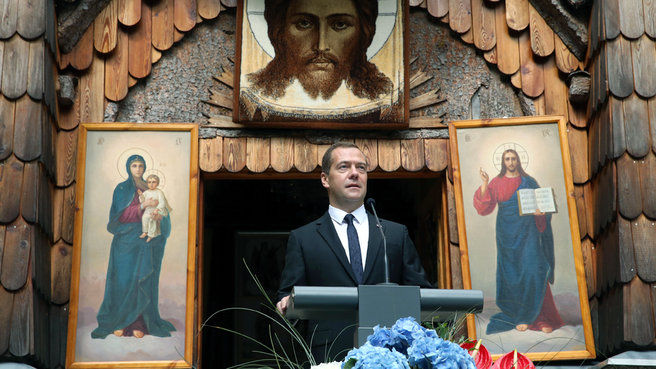 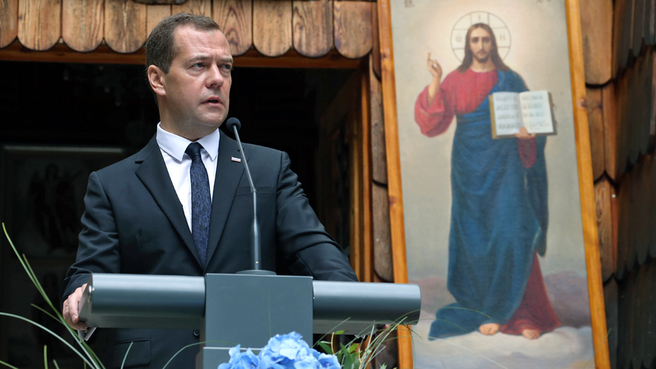 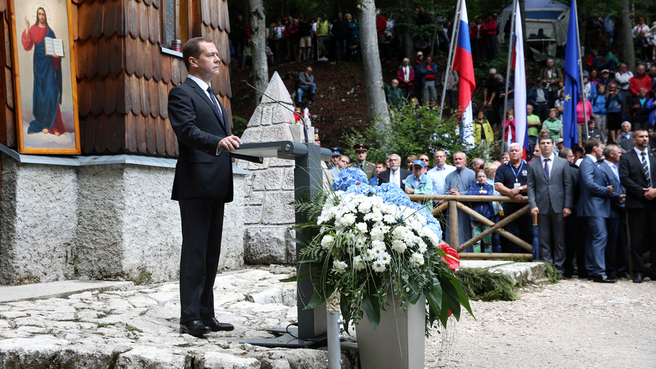 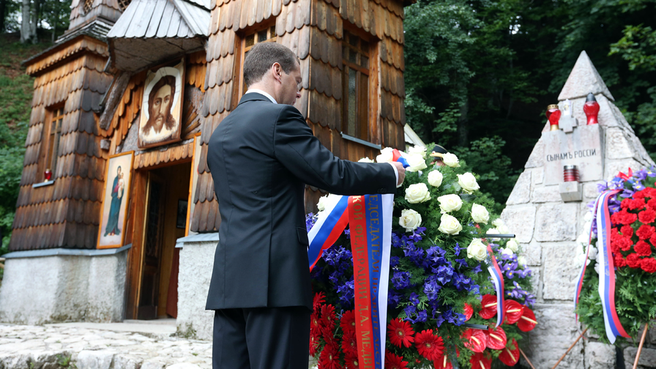 People gather here, by the Russian Chapel, every year to pay tribute to Russian prisoners of war who built a road across Vršič Pass and who died tragically. As it is well known, the locals called this road the “Russian Way” long before it was officially so named.

The First World War, which drastically changed the map of Europe, was under way. The war highlighted the unity of Slavic peoples with a newfound emphasis. We know the feelings that people had for each other at the time. The fact that nearly 100 years after those events the chapel near Vršič Pass remains a place that gathers crowds speaks volumes — to be frank, I am immensely impressed with what I see right now — and proves that the sincere emotions and mutual sympathies of our predecessors continue to live within us.

Over the past century, states, political regimes and social systems changed, but the Russian Chapel stands until present day. This was made possible largely thanks to the initiative and goodwill of several generations of Slovenians, Kranjska Gora residents, who looked after the monument.

This is a sad monument to the senselessness of war, to those who died here and to the events that took place in Europe in the 20th century.

The fact that both Slovenians and Russians are taking part in today’s ceremony testifies to a continuing friendship, wonderful tradition and the special relationship between the people of our countries.

I would like to emphasise that we value this tremendously. Looking back at that time, which bonds our countries, it can be said that our cooperation has grown stronger over the years. This is no short-term cooperation. Politicians and everyone who makes decisions in our countries must do their best to continue that friendship, as this is what people want.

This year and subsequent years will be rich in special dates — important dates. Recently, we celebrated the 70th anniversary of Victory over Nazism, and we remember our peoples’ contribution to that struggle.

Next year, we will celebrate the centenary of the Russian Chapel. It bears the name of one of the most honoured saints in our country — Equal to the Apostles Great Duke Vladimir. This year will mark 1,000 years since his death.

I am deeply grateful to all of our Slovenian friends, the country’s leaders, the members of the Slovenia-Russia friendship society, other non-governmental veterans’ organisations, and all of the people of Slovenia for the sincere respect that you have displayed to the memory of the Russian soldiers who found their last shelter on Slovenian soil, for your steadfast goal to preserve the highest traditions of the Russian-Slovenian friendship.

Večen spomin našim vojakom! Hvala slovenskemu narodu! (Eternal memory to our soldiers! Thank you to the people of Slovenia!)

The meeting was held by videoconference.
1
Show More