On sanctions against Russia and Russian companies

From a statement by Dmitry Medvedev at a Government meeting on July 17, 2014. 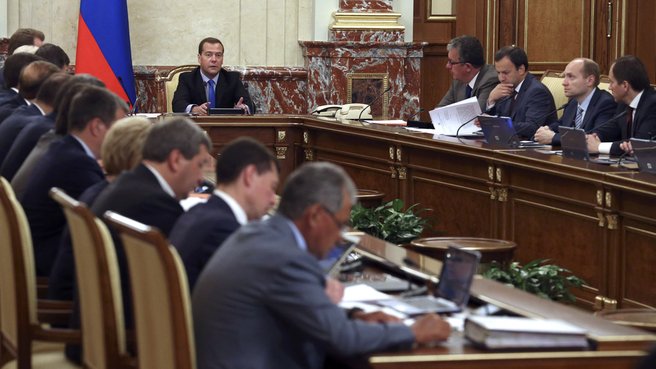 <...> Before we start discussing the main items on the agenda, I’d like to say a few words about the so-called sanctions, that is, about the actions of Russia's “friends.”

First, any sanctions are harmful; they do nothing to introduce optimism, neither to the economy nor to people, and they never bring about any obvious benefits. Moreover, they are unable to cause so-called irreparable damage to the economy. International experience shows that sanctions have never been able to bring any country to its knees. Sanctions against Russia, Russian citizens and Russian companies are illegitimate, because they are not based on UN resolutions, that is, they are introduced arbitrarily.

Dmitry Medvedev: "Sanctions against Russia, Russian citizens and Russian companies are illegitimate, because they are not based on UN resolutions, that is, they are introduced arbitrarily."

Second. The sanctions, or sector sanctions, as they are referred to, that have been imposed by the United States against large Russian defence industry enterprises, power companies and certain banks, will only further arouse anti-American and anti-European sentiments. This is absolutely clear. Russian society will become more consolidated against those countries and individuals who are trying to limit our country, acting against our people’s interests. As a result, we will see our relations with the countries that apply such sanctions return to the level of the ‘80s. This is sad. If this is what our partners want, they will quickly achieve their goal, prompting retaliatory measures against foreign companies and individuals along the way. 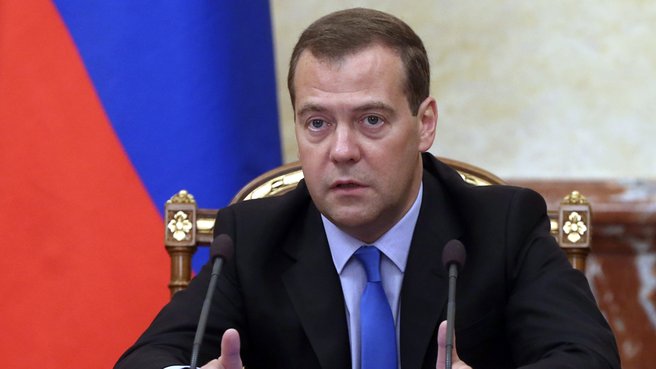 Third. In view of this, we are forced to reconfigure the models of our economic development, switching to import-substituting technologies and placing greater emphasis on domestic sources of economic growth, including financial resources. There is nothing unusual in this, and such measures will even benefit our economy in certain ways. But the pressure being exerted on Russia can’t help being reflected in our budget policy and its priorities. Of course, all social commitments will be fulfilled. We have sufficient funds to ensure this, but we will now have to spend more on defense and security. We know how to put funds to good use in this area. Today, we are holding a meeting on exactly this issue, as part of a series of budget meetings. And the last thing I’d like to say here: unfortunately, all these sanctions won’t do Ukraine any good.

And now let’s turn to the draft federal law On Amendments to Certain Legislative Acts to Entitle Foreign Nationals to Social Insurance Payment in Case of Temporary Disability or Maternity Leave.

During the visit, Alexei Overchuk was received by Prime Minister of the Republic of Armenia Nikol Pashinyan.
1
Show More