Innovation-based expansion of the pharmaceutical and medical industry

Meeting of the Presidium of the Council for Economic Modernisation and Innovative Development of Russia. 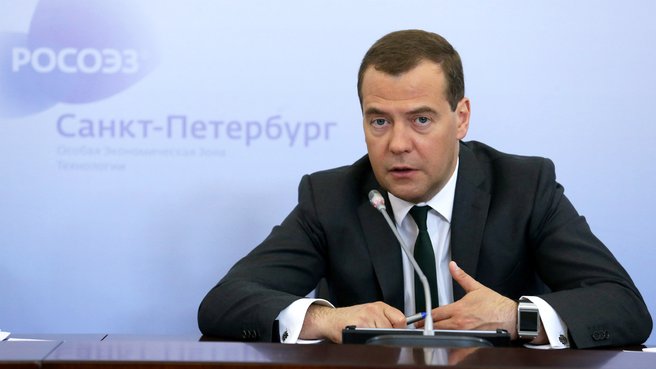 Dmitry Medvedev: Good afternoon, colleagues. Today, we are holding a meeting of the Presidium of the Council for Economic Modernisation and Innovative Development. We will review the pharmaceutical and medical industry. This is not our first meeting, and right from the outset these industries were part of five priority areas of development.

I had an exciting tour of the premises here, in the special economic zone. It’s impressive. The results in a number of areas are quite good.

Dmitry Medvedev: "In 2013, the Russian pharmaceutical market grew by almost 8% and exceeded 820 billion roubles. This market is estimated to exceed one trillion roubles in the coming years. The medical devices market is worth about 200 billion roubles, and it also has good prospects for a rapid growth."

Developing the domestic production of medicines and medical devices is more than just an economic goal. It’s a social project as well. However, it should be approached as a combined project. It has to be a business and an important public undertaking. Our citizens, whether they live in an urban or a rural area, should have access to affordable medicine, and it’s preferable to have these medicines manufactured in Russia. To do so, we need a modern research and educational base, because the modern pharmaceutical industry is a far cry from what it was like a hundred years ago, when medicines were prepared in pharmacies in front of customers. Today, it’s a sophisticated high-tech industry. Naturally, a system of support for applied research needs to be established. 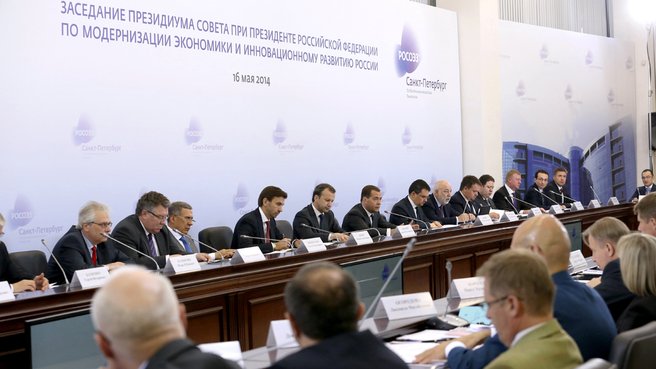 Motivating businesses to invest in developing new pharmaceutical products is a no less important issue. As is known, it takes years to go from creating a new drug formula to confirming its efficacy and safety, and the costs may run into the hundreds of millions of dollars, sometimes billions. Those are genuinely breakthrough technical achievements, and the state must facilitate this process.

In recent years, the Government’s efforts to modernise the healthcare system have been stimulating the demand for pharmaceutical and medical products. In 2013, the Russian pharmaceutical market grew by almost 8% and exceeded 820 billion roubles. This market is estimated to exceed one trillion roubles in the coming years. The medical devices market is worth about 200 billion roubles, and it also has good prospects for a rapid growth. Unfortunately, so far this demand has been largely met by foreign manufacturers.

Dmitry Medvedev: "The Government has endorsed two lists of strategically important medicines. By 2018, the share of domestic products on both lists should reach 90%. The President set this goal in his Executive Order dated 7 May 2012."

The share of domestic products on the Russian market is about one-fifth and the share of pharmaceuticals is a bit over a quarter (almost 27%).

You know that the Government has endorsed two lists of strategically important medicines. By 2018, the share of domestic products on both lists should reach 90%. The President set this goal in his Executive Order dated 7 May 2012.

In other words, the matter amounts to ensuring national pharmaceutical security. In 2013, our domestic companies produced 65% of pharmaceutical titles from the lists of strategically important and the most vital medicines. Therefore, there is some growth there but not too much for the time being.

We are carrying out the state programme on developing the pharmaceutical and medical industry to 2020 with this aim in view. The funds allocated for the programme run into 100 billion roubles and this is the primary instrument of supporting this industry.

I suggest thinking about additional measures to develop the domestic production of pharmaceuticals and medical equipment, that is, the element base that will make it possible to launch full-cycle projects. If regulations are required to this end – my colleagues have already asked me about them – the Government is ready to provide them.

One of the most important tasks is to support promising areas. The introduction of innovative approaches should rely on our domestic R&D and products.

Biomedical technology has made substantial progress recently and we are well fit to fight for the leading positions in this area. This is very important because we have a certain foundation for this, unlike many advanced economies. We still have it. I’m referring to the development of modern bio preparations, cell and tissue products, genomic technology, and biocompatible materials. 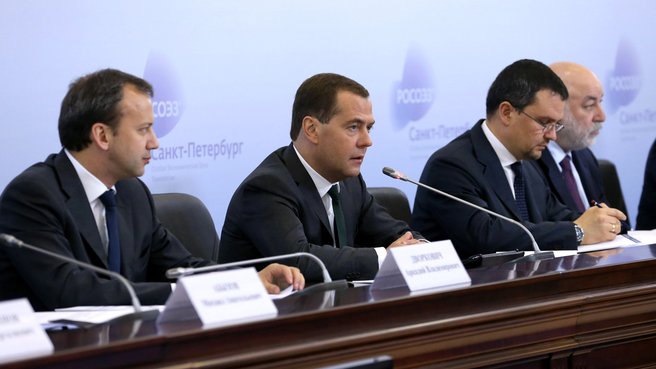 Our development institutes, such as Rusnano, the Russian Venture Company, the Skolkovo Foundation and the Foundation to Promote Small Business in Science and Technology, should pay much attention to this area for obvious reasons. They are already involved in this regard.

There is another issue linked with such projects – the organisation of state purchases. It is very important for producers who frequently say: “We are ready to make everything. We have developments, so find the money now.”

Therefore the contractual system should be flexible and encouraging. It should motivate foreign producers to localise their research and production projects in this country, including long-term contracts on the supplies of medicines and medical equipment.

Preferences should be differentiated depending on the stage of production on our territory. Understandably, market leaders grant more favourable conditions to local producers and we should use this experience in our own production. When the development of new medicines is funded by the state, it is important to take into account their specificities and provide for additional time for receiving permission for clinical research, if need be.

Finally, we should look attentively at export support. I’m instructing the Ministry of Economic Development and other agencies to draft proposals on supporting Russian exporters of pharmaceutical and medical products. We should make use of our EXIAR (Export Insurance Agency of Russia) for export support and to inform the states that will import our products about the requirements of national regulation systems.

I’d like to emphasise once again that the measures that I’ve mentioned and other incentives should be introduced actively, but with due safety procedures.

The health and well-being of our patients depend on safe and high-quality medical products. I am not saying that we should resort to complicated bureaucratic procedures. Quite the contrary – everything should be simplified; this is obvious, but with the understanding that the health of our people is at stake.