Dmitry Medvedev on the reunification of Crimea and Sevastopol with Russia

Dmitry Medvedev: “Today, the Russian Federation made the necessary decisions on reunification with Crimea and Sevastopol. The head of state has presented a political and legal review of the motives for the reintegration of traditional Russian regions into modern Russia. As Prime Minister and Chairman of the United Russia party, I would like to note several other points…”. 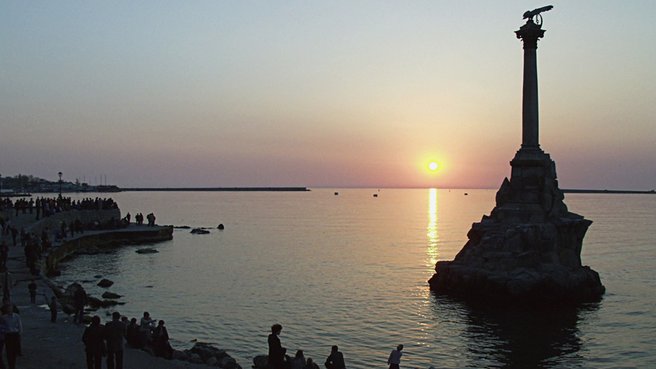 Today, the Russian Federation made the necessary decisions on reunification with Crimea and Sevastopol. These decisions have been approved by the Federal Assembly  and President Vladimir Putin under the standard procedures. It was not easy to take these decisions.

In his state of the nation address, the head of state presented an accurate and, at the same time, emotional political and legal review of the  motives for the reintegration of traditional Russian regions into modern Russia. This review requires no comment. Therefore, as Prime Minister and Chairman of the United Russia party, I would like to note several other points.

First, the crisis in Ukraine, which can hardly be called a coincidence, is causing the most negative emotions in all of us. The political impotence of the government, the personal weakness and hesitant behaviour of President Yanukovych have doomed the people of Ukraine to great suffering. The people who took to the streets had a right to protest peacefully against corruption and arbitrary rule. But this does not justify the unacceptable seizing of power through armed rebellion, through violence and murder. Yanukovych did not resign under legitimate procedures. And this means that he remains the legitimate president, one who was forcibly deprived of power. And everyone should understand this, including the Euromaidan leaders that have now joined the Ukrainian Government and the Verkhovna Rada , other political functionaries in Kiev and our Western partners. The new government is not legitimate. And worst of all it has no real leverage for influencing current events. Various radicals, militants and gangsters have seized power, and it is they who are making the final decisions. And it appears that they will continue to make  decisions after 25 May. They find it pointless to share their authority. They rule the streets, and they control the entrances to administrative buildings. And this is extremely dangerous. This administrative style will inevitably cause the Ukrainian state to collapse. This situation has also pre-determined the absence of normal relations between the leaders of our two countries, although we still maintain working contacts.

Second, the people of Crimea, including the Russians, Ukrainians and Tatars, voiced their position in the referendum. The referendum and its decisions are history. Now it’s important to think about development within current political and legal realities. This concerns everyone, including the so-called new government in Kiev, Western leaders, Russia as a whole and its new territories. We do not want to aggravate the situation. On the contrary, friendly relations with Ukraine and other neighbouring countries is our goal. And of course we need to ensure the harmonious development of Crimea and Sevastopol as part of our state. This is a key Government task. We will do everything possible to ensure the socioeconomic development of our country and its new regions. On Monday, I plan to chair a meeting with the Government members, and we’ll discuss priority steps to improve life in Crimea and Sevastopol. The Government will have to implement important projects now that the people of Crimea have voted to join Russia in the referendum. We are counting on a respectful attitude towards the will of our people and towards the direction the Russian Federation has taken.

And third, countries, nations and entire continents have faced very difficult situations throughout their history. I recall vividly the August of 2008 when I had to make a decision on using the Russian Armed Forces on the territory of a foreign state. After that, we  recognised the independence of South Ossetia and Abkhazia. Those were difficult decisions. But subsequent developments have proven that there was no other way. At that time, the international community also began to discuss various options for building relations with Russia. And it should be admitted that all of our partners managed to find a well-balanced approach for dealing with Russia at that time, albeit with difficulty. This resulted in sustained international development in the years since then, including our efforts to overcome the global economic crisis in the G20 format, to resolve security issues and to solve regional problems. I hope that common sense will also triumph with this situation.

It is impossible to punish Russia, but it is possible to establish proper relations with Russia.

Measures to prevent the spread of the coronavirus in Russia and reduce its impact on the economy.
16 March 2020 Mikhail Mishustin has telephone conversations with the prime ministers of a number of foreign states
16 March 2020 Government Press Service report
16 March 2020 Briefing with Tatyana Golikova following the meeting of the Government Coordination Council to control the incidence of coronavirus infection in Russia

Mikhail Mishustin: “The Council is to coordinate the activities of the federal, regional and municipal bodies of power, as well as all other agencies and organizations.”
16 March 2020 Meeting with deputy prime ministers