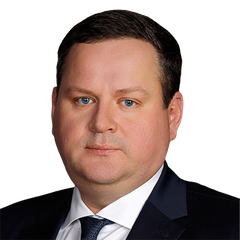 Minister of Labour and Social Protection of the Russian Federation

Ministry of Labour and Social Protection

2002: Graduated from the Samara State Academy of Economics with a degree in Economics.

2011: Graduated from the Russian Presidential Academy of National Economy and Public Administration with a Master’s degree in Administrative and Financial Law.

2001–2005: Held several posts in the Finance Department of the Samara Region Government.

2005–2007: Department head at the Samara Region Ministry of Finance.

2007–2012: Head of the Department of Regional Budget Execution and Reporting at the Samara Region Ministry of Finance.

2012–2014: Head of the Operations Improvement Directorate at the Federal Treasury.

2014–2017: Finance Minister and Minister of Economy and Finance of the Moscow Region.

21 January 2020: Appointed Minister of Labour and Social Protection of the Russian Federation by Presidential Executive Order.

Has a PhD in Economics.