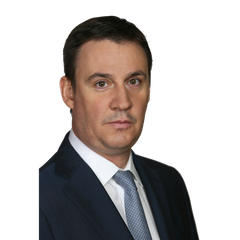 Minister of Agriculture of the Russian Federation

1999: Ggraduated from State University of Management with a degree in Management.

2002-2004: Received training at the Diplomatic Academy of the Foreign Ministry specialising in World Economy.

2004: Began work at the Foreign Trade Bank (Vneshtorgbank, since 2007 VTB Bank). Starting in 2007, held the position of the bank’s senior vice-president.

May 18, 2018: Appointed Minister of Agriculture by Presidential Executive Order.