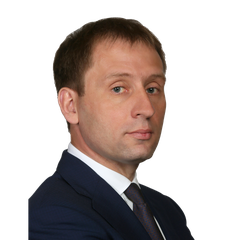 Minister of Natural Resources of the Russian Federation

Ministry of Natural Resources and Environment

2003: Graduated from the Moscow Business Academy with a degree in Law.

2007: Director of the Russky Ugol branch in Gukovo, Rostov Region.

2008: Director of the Russky Ugol branch in Blagoveshchensk, Amur Region.

December 23, 2011: Appointed Minister for Housing and Utilities of the Amur Region.

May 18, 2018: Appointed Minister for the Development of Russian Far East by Presidential Executive Order.