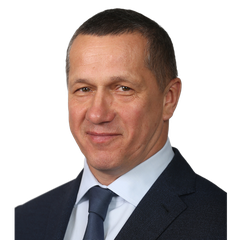 1978: graduated from the Perm Polytechnic Institute with a degree in Mining Engineering.

As a student, Mr Trutnev interned with Polaznaneft and Komineft oil companies as an assistant drill-operator and then drill-operator of oil and gas production equipment.

1988: founded and headed the Kontakt physical fitness and recreation association.

1994: deputy of the Perm regional legislature and Chairman of its Economic Policy and Taxation Committee.

Holds a 3rd Dan in the Kyokushin karate style and enjoys a variety of sports.