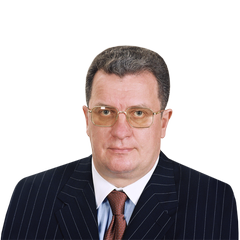 First Deputy Chief of the Government Staff of the Russian Federation

1980: Graduated from the Moscow State Institute of International Relations under the Foreign Ministry of the USSR.

1980-1986: Diplomat at the Soviet Embassy in Czechoslovakia.

1987-1993: Third, second, and first secretary of the Soviet/Russian Embassy in Czechoslovakia.

1993-1997: Head of division, chief of division, deputy director of department at the Russian Foreign Ministry.

1998-1999: Deputy Chief of Staff of the Presidential Executive Office.

May 22, 2012: Appointed First Deputy Chief of the Government Staff.