On construction of the Vostochny Space Launch Centre

Dmitry Medvedev’s visit to the Amur Region and a meeting he held there. 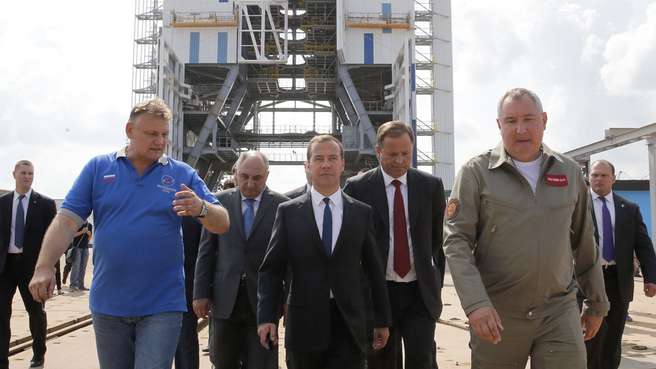 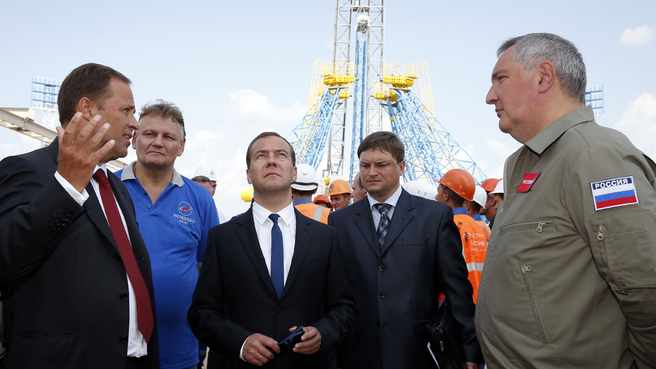 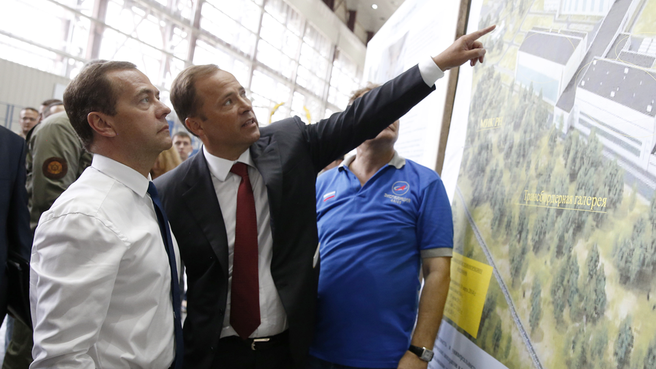 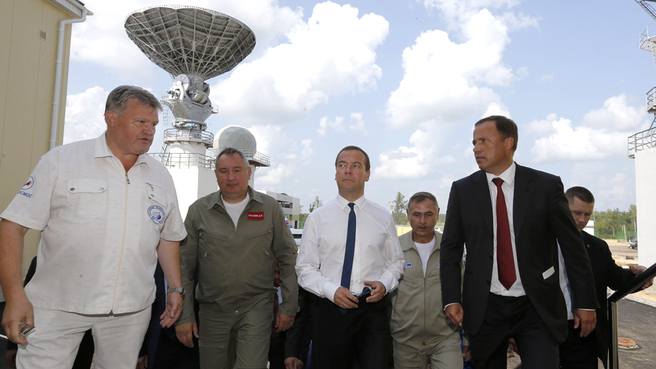 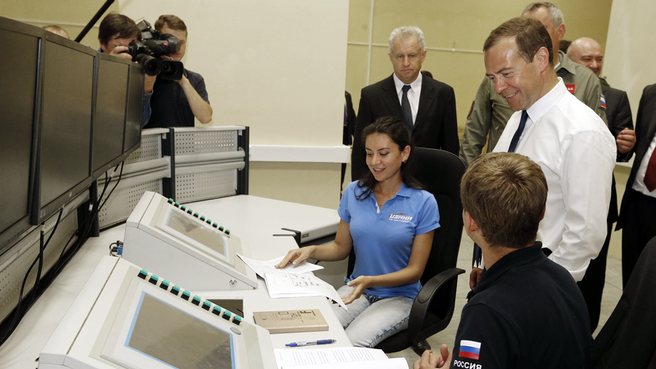 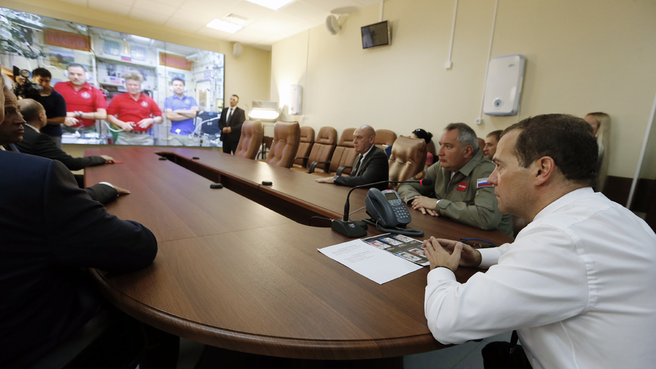 Large-scale construction effort is underway at the Vostochny Space Centre in Russia’s Far East. Enterprises of the Federal Agency for Special Construction (Spetsstroy Rossii) are building facilities under 20 contracts, including the launching pad and technical complex, the industrial construction and operations base, the water-supply, electricity-generation and security systems, facilities for measuring, collecting and processing information, the meteorological complex, a depot for storing missile-fuel components, complexes for managing booster disposal areas, processing construction and household waste, telecommunications and communications systems, technical and support sites (in all, over 500 facilities), as well as 115 km of motor roads and 125 km of railways.

The work is implemented under a comprehensive plan to make the first launch from the Vostochny Space Centre in December 2015.

Over 8,000 people are working in two shifts without days off and holidays, using 990 units of equipment.

Students from Sevastopol have arrived at the construction site for the first time.

A meeting on the construction of the Vostochny Space Launch Centre 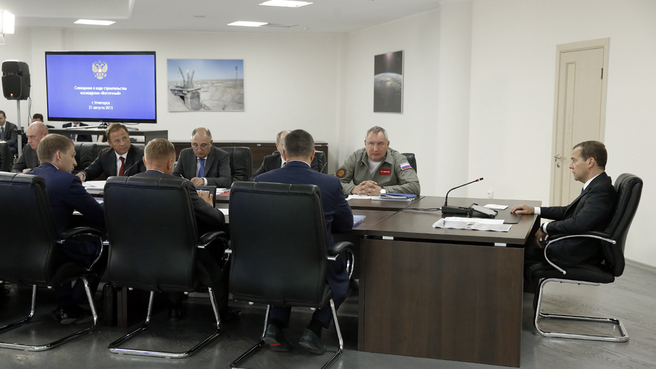 The Vostochny Space Launch Centre is a highly important facility and the first national civilian space centre. Indeed, this construction project will make it possible for us to fly independent space missions.

Vostochny also has vital importance for the Amur Region and for the entire Russian Far East. The space launch centre should attract new production facilities and young specialists. Science, education and business will develop within its framework. Tsiolkovsky, a new space town, is to be built here, creating jobs to scientists, engineers, teachers and doctors. A modern transport and energy infrastructure will be established here.

The Vostochny Space Launch Centre is the most ambitious national construction project in terms of funding and labour input. Almost 188 billion roubles worth of budget funding were allocated for building the first stage of the space launch centre. In all, 8,500 people, including over 1,000 students, are working here. The students have arrived from 32 regions, including Crimea, to work at this national student-sponsored construction project.

The first stage of the Vostochny Space Launch Centre is nearing completion. The first Soyuz-2-type launch vehicle is to lift off from here in December 2015. A list stipulating the minimal number of launch facilities has been compiled, a comprehensive plan, as well as specific deadlines for commissioning the facility, assembling the launch vehicle, installing its payload and delivering them to the space centre have been approved.

We are having trouble building housing for space launch centre employees. Local housing has been completed to about 30 percent, and this is inadmissible. We have these hugely complex launch pads, and they seem to be virtually completed. They feature cutting edge engineering solutions and a tremendous amount of complex structures. But have we forgotten how to build housing?

The Government has signed a resolution on increasing the maximum cost per square metre of housing for employees of the Vostochny Space Launch Centre from 37,000 roubles, as stipulated for the Amur Region, to 56,000 roubles. This will make it possible to complete 12 new and highly comfortable residential buildings with an area of almost 60,000 square metres.

Deadlines remain the same; we need to build the minimal number of launch facilities as quickly as possible and to stop lagging behind schedule. Although this is an enormous construction project, we must nevertheless move ahead as planned.

Agenda: Finalising the national economic recovery plan; cleaning up of the oil spill near Norilsk; and measures to develop tourism and open the resort season.
7 June 2020 The Government approves rules for allocating funds on road improvement in Crimea Federal funding will help repair at least 166 kilometres of roadways.
1
Show More