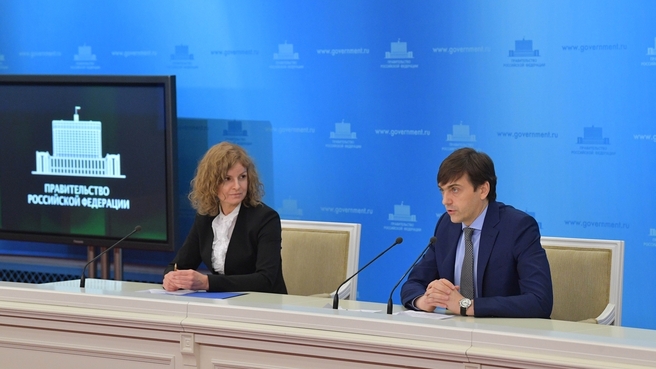 I would like to make a few announcements, first of all on the holding of national tests and Olympiads.

First. Regarding the holding of tests at the national level. They were supposed to be taken by children of the 4th-8th and 10th-11th grades. After having consulted with teachers, regions, education community representatives as well as parents, we have decided to postpone the national tests from the end of this academic year to the start of the new one. At the same time, the results of these tests at the beginning of the next academic year will not be used to review the performance of pupils and will not be graded. They will be only used to assess the situation at the onset of the academic year to adjust the educational process. This assessment will show if there are any gaps when it comes to the knowledge of a pupil. After these tests, teachers will receive relevant recommendations, and methodological measures will be developed by pedagogic universities, additional training institutes and methodological services. Work is already underway to prepare such programmes, and this job will be coordinated by the Education Ministry.

As for the 9th grade, the main state exam. It was decided that it will be taken in two obligatory subjects: the Russian language and mathematics. Each region while taking an informed decision given the epidemiological situation, will set the date themselves, between 8 June and 31 July. Ninth graders will not have to take tests as part of the state end-of-course assessment.

The regions will have the right to determine the minimal final assessment grade for ninth-graders depending on the results they will show. It can be lower than the recommended one at the federal level. The Unified State Exam has also been postponed. So far, it was decided to begin it on 8 June, but there again it will all depend of the epidemiological situation. The exam may be postponed once again if we see that its holding could affect the health of the children, but the final decision will be made after the May holidays.
The organisational side of tests will not change, and all measures to provide the objectivity in holding the USE and the equal opportunities for all test participants when enrolling at universities will be retained. The Education Ministry has postponed the tests so that the graduates of the 9th and 11th grades would have time to prepare. Second, we organised relevant work, including the My School Online project where one can find all the necessary material for the end-of-course assessment free of charge.
As of next week, we are launching a new television project aimed at preparing secondary school children for the Unified State Exam. These daily lessons on the Public Television channel will start on 27 April. Also next week, starting Monday 20 April, Tricolor TV will show lessons on how to prepare for the USE. It will help many school pupils, including those living in remote areas.

Question: What will happen to the final stage of the National School Olympiad? 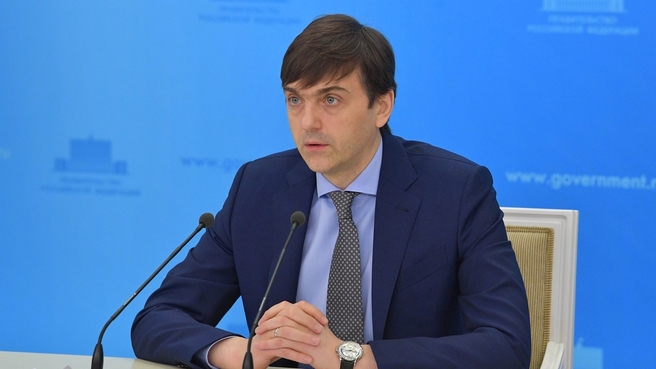 Sergei Kravtsov: The National School Olympiad is one of the largest intellectual competitions in Russia and the world. For obvious reasons, we cannot hold its final stage this year. So it was decided that the participants in the regional stage of the Olympiad who are graduating this year, 11-graders who got the pass marks that were set by the Education Ministry, will all be considered medalists and will receive certificates.

Other participants in this year’s regional stage of the Olympiad who also received pass marks but will continue going to school next academic year will receive the right to take part in the final stage in 2021, without the mandatory participation in the school, municipal and regional stages.

Ministry of Sport, 28 May 2020 Government relaxes rules for purchasing sports facilities from private investors This will accelerate the process of sports infrastructure development in the regions.
Ministry of Agriculture, 27 May 2020 Government broadens agrarians’ access to soft loans Companies that sign agreements on raising competitiveness are eligible.
Ministry of Science and Higher Education of the Russian Federation, 27 May 2020 Government approves details of remote thesis defence procedure during coronavirus The remote format will allow older persons who are members of dissertation examination boards to be protected.
Federal Service for the Oversight of Consumer Protection and Welfare, 25 May 2020 Briefing by Dmitry Chernyshenko, Head of Rosturizm Zarina Doguzova, and Head of Rospotrebnadzor Anna Popova

The briefing focuses on the organisation of the education process, state examinations, the admissions campaign at universities and support programmes for teachers and universities during the spread of the coronavirus infection.
Ministry of Education of the Russian Federation, 17 April 2020 Briefing by Education Minister Sergei Kravtsov

On changing Unified State Exam dates, tests, Olympiads and other checks for school children.
8 April 2020 Briefing by Head of the Federal Agency for Tourism Zarina Doguzova

The briefing is on support measures for the tourism industry.
Ministry of Education of the Russian Federation, 7 April 2020 Briefing by Minister of Education Sergei Kravtsov

The briefing focuses on the launch of the My School Online project, which provides access to high-quality educational materials for use in unsupervised home studies.
Ministry of Economic Development, 3 April 2020 Briefing by Maxim Reshetnikov

The briefing was focused on the plan of priority actions for sustainable economic development during the spread of the novel coronavirus infection.
Federal Service for the Oversight of Consumer Protection and Welfare, 1 April 2020 Briefing by Head of Rospotrebnadzor Anna Popova

The briefing was held after a meeting of the Presidium of the Government Coordination Council to control the incidence of the novel coronavirus infection.
26 February 2020 Briefing by Tatyana Golikova and Head of the Federal Service for the Oversight of Consumer Protection and Welfare Anna Popova following the meeting of the emergency response centre to prevent the spread of the new coronavirus in Russia